What happens when a centralised coolant management system becomes redundant? In the case of the leading Midlands based cold roll forming company Metsecs the answer was to refurbish and reuse. That was at the beginning of this century. So when an opportunity came to re-site the system to a new application the question was posed 'Could it be refurbished a second time?' 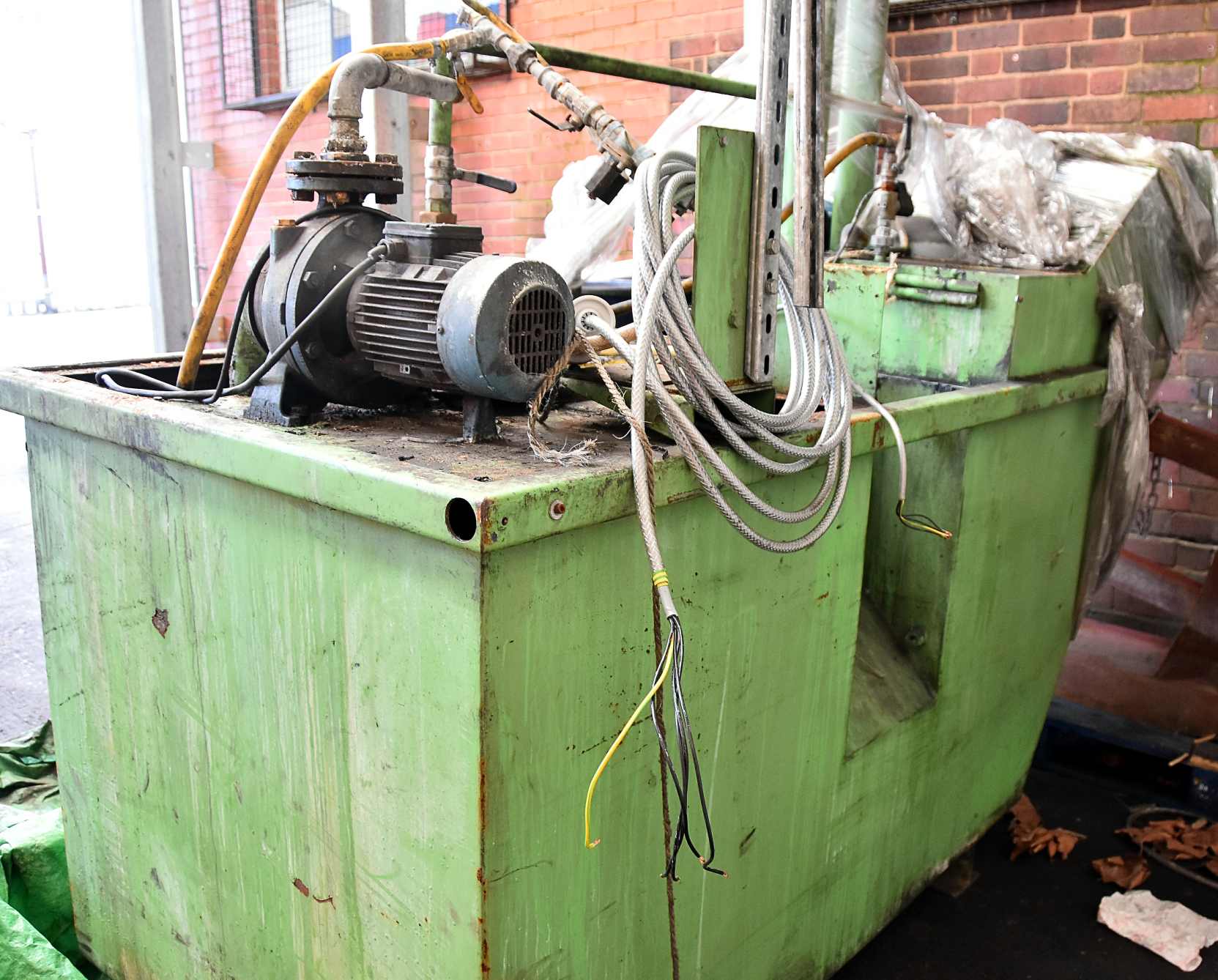 Two new cold roll forming mills had been installed in a new facility. The existing centralised coolant management system had once again been de-commissioned along with the mill it had served. We were called in to inspect the system which looked in poor shape on the outside. However the innards were in good condition and functional. Definitely worth saving and putting back into use.

This plant was a 'Mustang' centralised coolant management system. Its been superseded lately by its bigger brother the 'Bison' which has a higher flow rate for similar money. Nevertheless, for the two new mills, the unit was a perfect fit if it could be brought back to pristine condition. So began the project to breathe new life into this old system without breaking the budget.

On getting the system back to the workshop we initially thought that it may be a tall order. Following a complete strip down it became clear that most of the essential equipment was in remarkable good order, not bad for sixteen years and little attention. Importantly the steel tanks in the system were not corroded so needed no welding. The entire rebuild was completed in just a few weeks and with a striking new paint job it was returned to Metsecs.

The full story of the refurbisment with images and video can be viewed here its worth a look at to learn just how resilient these cutting fluid management systems can be.
Share0
Tweet0
Share0

Talk To Us Today